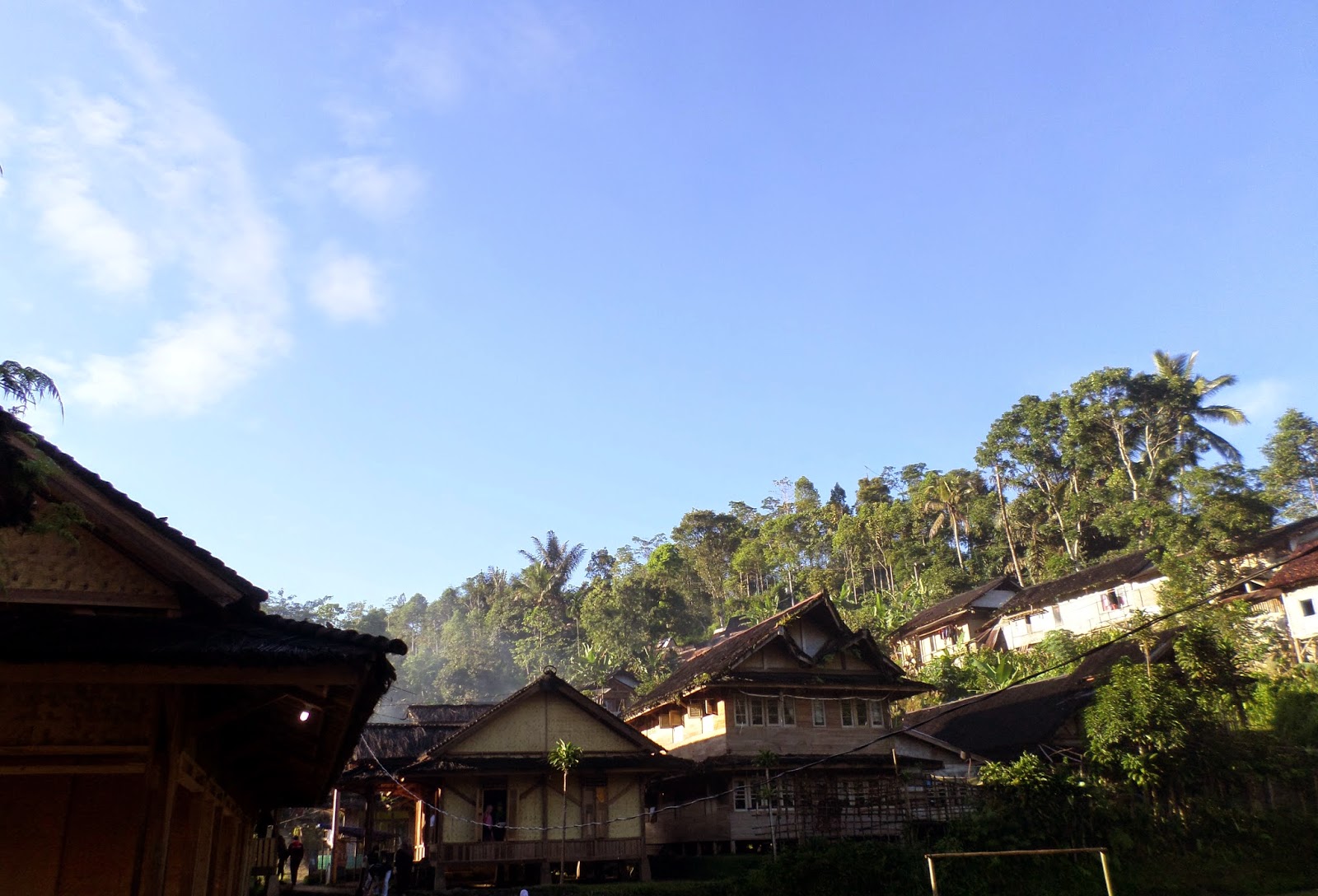 Have you ever wondered visiting a place – where the ancestors' teaching is kept but yet, you still can find many unexpected awesome things there?
Last week, my friends and I were invited to visit a village in Cisolok – Sukabumi – West Java. The place called KASEPUHAN SINAR RESMI. The reason i write this in English is just because we were told that many foreigners such as researchers from outside Indonesia have visited this place and they are interested on how the people here develop the paddy farming. Hopefully, this post does help those who look for the information or anyone interesting visiting this place as part of their traveling experiences.

Yes, the main task of the people here is related with paddy farming. They have  more than a hundred varieties where in each farming season, over 60 can be planted at the same time. Isn’t it awesome?
The paddy is mostly planted in 6 months time and another 6 months are used to breed fish or planting another crops such as corn or cassava. This way, the soil is believed to be in good condition when another paddy season comes.
Here, they don’t use chemical fertilizer, instead, the organic one from animal compost such as goat. They also let any disturbing animals such as mouse playing around in the field. They believe, each creatures deserve to live and their existences in this world for such cause should not be disturbed or killed.
No machine is used to produce rice. After the paddy is harvested then it is dried and kept in a place called 'lieut' before it is pounded manually and ready to be cooked.
Their paddy’s yield is enough for years to come (yes, years!). Isn't it incredible? Here, they are not allowed to sell the paddy or the rice. It can only be given as gift or exchanging it with something else.
On that occasion, I have the chance to try their violet rice. Yes, the rice color is violet – light one. The taste is almost the same as the common rice we usually eat.
We stayed in this place for a night. Reaching here is not easy. It is not far in term of kilometers calculation but those traffic and hilly road are just another obstacles we had to face. It is a good condition road,anyway.
Let’s say, if you travel from central Jakarta in the evening, it will take 6 – 7 hours.  During peak hours like morning time, it will be up to 10 hours, perhaps. As we pass Sukabumi (the city) – known for its crazy traffic for such no reason, then be ready for another hilly road with awesome views (be prepared for stomach problem) then there comes beautiful beach scene known as Pelabuhan Ratu.
Pelabuhan Ratu, known for its mystical watchman names Nyi Roro Kidul. Despite all those mystical stories behind, the breath taking view of the beach and mountain is just something you can not resist. I have been there many times when I was a kid and now, more than 20 years later, the place is just the same beautiful place with its hidden secret ready to be explored (indeed, if only the government care enough about it).
There are lots of stops/restaurants here where you can enjoy the fresh seafood and ready to be cooked as ordered. Be caution, since it is just another local destination, don’t expect something fancy like those beach in Bali. Here, try to enjoy just like the locals do.
About an hour drive from this beach, there you can find the hidden village belongs to Kasepuhan Sinar Resmi. Kasepuhan - traditional Sundanese community inhabit certain area where the community mostly not that big. Here, around 70 families living under this Kasepuhan where the leader is called Abah.


Abah Asep (Asep is his name) and wife – called Ambu welcomed us in such a welcoming way that we feel we are part of them.
Houses here are mostly build from wood or rattan and using stairs to reach the main door. Don’t expect a fancy bathroom.  Instead, something traditional with a little touch up of modernization where ceramics are used. But, the abundance of water here is unbelievably incredible. The water flows continuously and it is cold. Brrr.... In case you need hot water, please ask the owner to cook for you. Yet, you can find the houses are equipped with television and DVD players. Yes, it is true.
The weather is a bit cold – not the cold I was expecting but it is refreshing enough. The location, in the foot of Mount Halimun with its breath taking view. One night is not enough to enjoy the luxury living with such community.
Do not even think of finding a restaurant here , except for small warung (stall) selling house’s needs, light snacks and tea or coffee. Mostly, Ambu who is also the host will provide the needs from breakfast to dinner with some traditional snacks in between.


The area they live, besides paddy, hundreds of different plants grow naturally  where you can find natural remedies for different kinds of illnesses. No researches have been conducted but people here just know how to cure illness from their long time experiences.